This house was originally a two room sandstone cottage built by convict Simon McCullough in 1826, but by 1839 he had built the Jolly Farmers Inn for his family and travellers. Simon was transported from Ireland and settled on the east side of Richmond’s convict built bridge which will celebrate its bicentenary in 2023/24. In the 1820s this side of Richmond was known as ‘Irish Town’ because so many Catholic families settled in the district so the oldest Catholic Church and School in Australia were established here.

The house was a hotel for fifty years, but has since been home for many different families. It was restored and registered by the National Trust in 1973. It is now available for overnight accommodation and private events and is home to Margaret and Henry Reynolds.

House and garden tours by appointment. 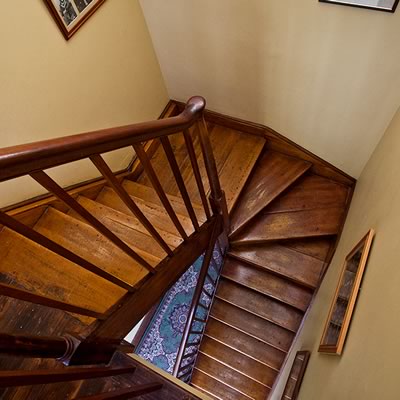